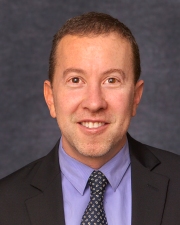 Bio
David Auerbach, MS, Ph.D   David Auerbach is a health economist and has been studying the nursing workforce for nearly 20 years, primarily in collaboration with Drs. Doug Staiger and Peter Buerhaus.  This collaboration has resulted in numerous journal articles, media appearances, conference presentations and a book published in 2009. During this time, he has held several professional positions since graduating with his PhD in Health Policy from Harvard University in 2002. He was a Principal Analyst with the Congressional Budget Office (CBO) where he was a lead developer of CBO’s health insurance coverage micro-simulation model used in analysis of the Affordable Care Act. He then worked as a Senior Policy Researcher at the RAND Corporation from 2010-2014 where he expanded his workforce research and worked on numerous other topics such as health care costs and ACOs. He is now Director for Research at the Massachusetts Health Policy Commission.